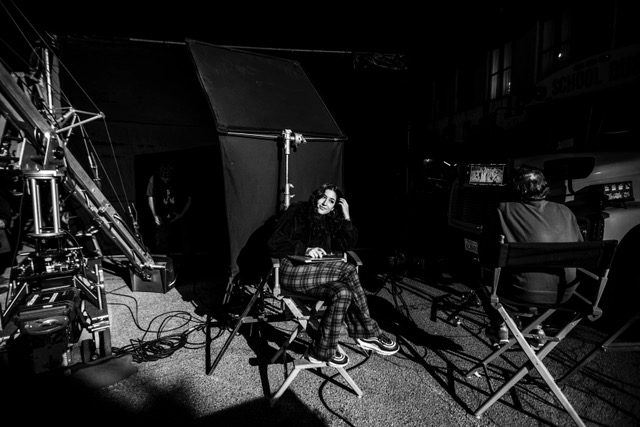 It’s not often those in the media industry get the opportunity to create for a top artist, let alone do so as a recent graduate, but in the few short years since graduating from OHIO, Mia Barnes has not only worked on but directed a top music video and more.

A 2019 graduate of the School of Visual Communication, Barnes was a commercial photography major who had always worked and thought she’d be working behind the camera. However, her career took an unexpected turn that has taken her across the world and allowed her to explore her creativity in other mediums.

Barnes originally made her way to Los Angeles the summer before participating in the OHIO-in-LA program, getting the opportunity to intern with renowned director and photographer Dave Meyers. She was fortunate to keep her internship with Meyers during the OHIO-in-LA program, and even when returning to OHIO for her final semester. After graduation, the fates aligned for Barnes and a full-time assistant position opened in his office, allowing her to return to LA and work in the office where she had spent the last year learning.

While back in LA, Barnes worked for Meyers as a creative assistant, working on music videos and photography while getting her foot in the door for other jobs and networking with people.

After some time working and learning under Meyers, Barnes booked her first official freelance directing gig, directing a commercial for Olay.

“I kind of just fell into directing after getting an understanding and experience with it working under Dave,” Barnes said. “I didn’t go to school for film or directing. I planned on being a full-time photographer, perhaps shooting for magazines like Paper, the Fader, Wonderland, or wherever the wind would take me, and I definitely didn’t think it would take me to where I am today but am truly grateful for these opportunities.”

Barnes then booked her second commercial and in December booked a commercial for Samsung that took her to South Korea to shoot with the K-pop group BTS. A week after getting home from South Korea, Barnes was already out directing again, this time for a music video for Grammy-nominated and Latin Grammy award winner Camila Cabello’s new single “Bam Bam.”

To secure the job, Barnes had to submit a video treatment, or pitch, where she highlighted her vision for the music video and how it aligned with Cabello’s song and her as an artist.

“Her song was so fun to me and there was so much energy in it, so I wanted to keep that in mind when writing my ideas for the video,” Barnes said. “The song was about rolling with the punches and radical positivity, so I came up with this idea where she has these nights out where bad things keep happening to her but her reaction to the bad keeps getting better. She takes these crappy moments and makes something great out of it and I think her performance sells through the whole video that she has this optimistic energy.”

Although the music video was shot in LA, Barnes also traveled to London to shoot a featured scene that included another top musician of today, Ed Sheeran.

“Directing this music video was such a whirlwind, especially it being my first music video I’ve ever directed,” Barnes said. “Being able to fly to London on a whim and direct a top artist was just a dream. I’m really grateful to Dave and Camila and it’s crazy to think how it all happened.”

Barnes explains that throughout the entire process of creating the idea and directing the video, she tried not to take the lyrics too literally and instead focused on showing a new side of Cabello.

“I felt like there was a message there and a lot we could do visually,” Barnes said. “I wanted to do something a little more raw and real and show a relatable side of Camila to audiences. Just because she’s this top artist who people have seen at her best, doesn’t mean she doesn’t have bad days like the rest of us. I wanted to show her at her worst and in moments in life that everyone could relate to, in ways no one has seen her before, and I think that came through.”

Ideally, Barnes would like to do photography and directing in tandem and in her free time still pursues photography. Although it was an adjustment for her to step out from behind the camera, she credits her experience in photography and education from OHIO for helping shape her directing style.

“Photography got me really comfortable and good at communicating with talent since most photo shoots are on a smaller scale where you really get to work one-on-one with your model,” Barnes said. “This type of one-on-one work that I got to do at OHIO really helped my relationship building, and having professional studios to use in Schoonover to build my portfolio really set me up for success, not to mention the amazing faculty who supported and taught me everything I needed to know. There is still so much I have to learn about film but I’m grateful for my background and all those who have helped me along the way.” 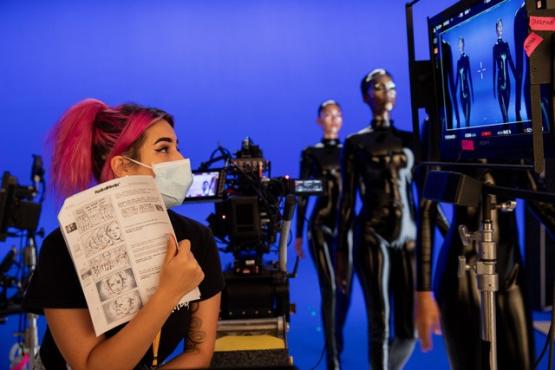 Barnes’ dreams include doing celebrity portraits or shooting album covers where she can create a unique and intimate print or directing a Grammy-winning music video that can define a generation and time.

“In the end, I would really love to create something, whether through photography or directing, that captures and helps to define aspects of our culture in this era. Something that strikes the zeitgeist and stands the test of time. People remember the type of work that strikes an emotional, timely, and universal feeling, and that’s what I aim to do," Barnes said.