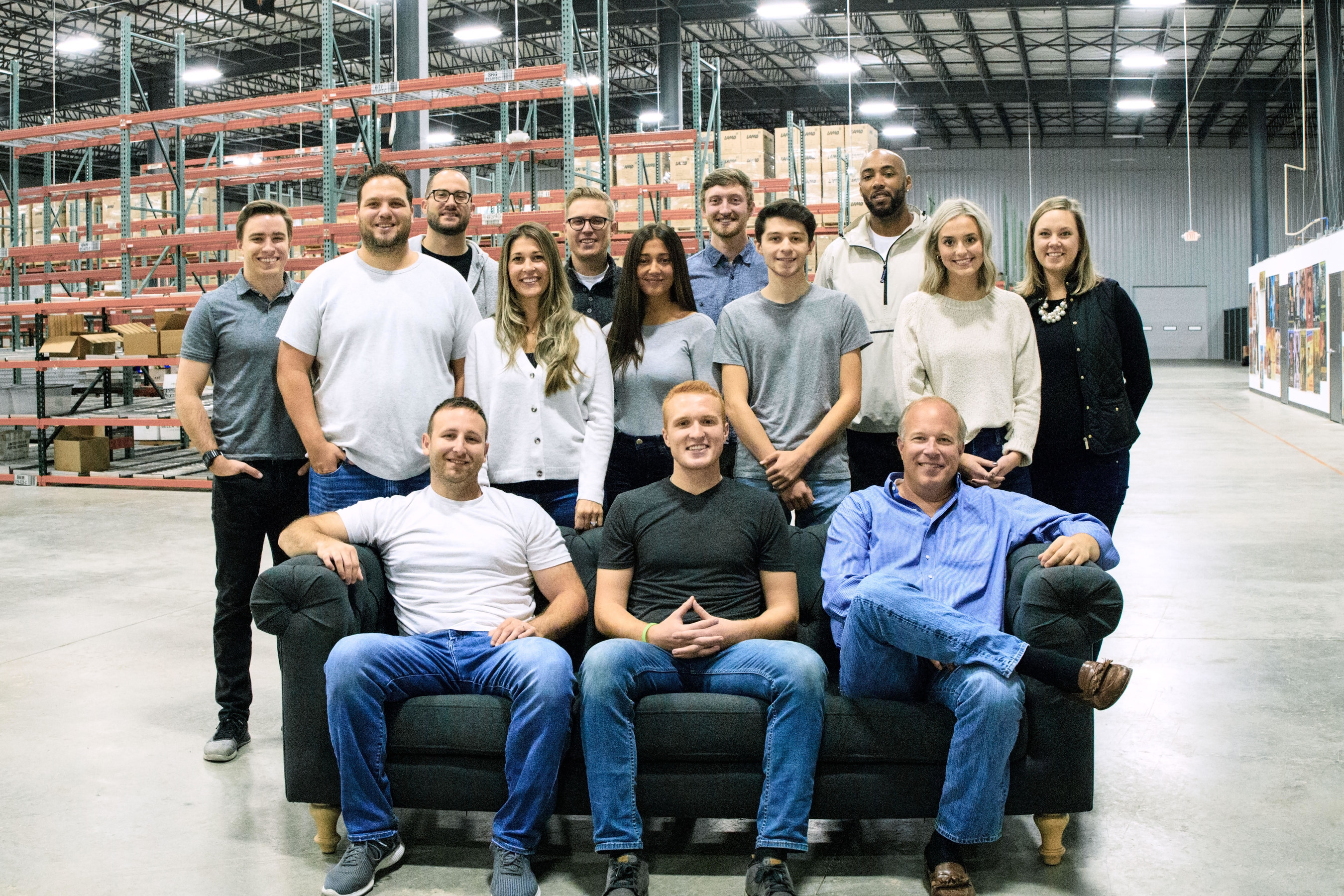 The eFuse team pictured with two companies that have been instrumental in scaling the company, the Ohio Innovation Fund and Moby Dick Unlimited, a marketing firm with connections to the top esports professionals and organizations across the country.

It’s one of the fastest growing forms of entertainment across the globe, and now draws international competitors to tournaments with prize pools of up to $30 million and hundreds of millions of spectators. So, it’s no surprise that graduates from Ohio University’s College of Business are looking to capitalize on that growth and blaze new trails in the emerging esports industry.

COB alumnus Matt Benson is one of those trailblazers. The 2019 entrepreneurship graduate currently serves as the CEO of eFuse, a web and mobile application that serves as a professional hub for esports and video games. The platform recently announced a $1.4 million seed round in preparation for the platform's launch on December 10, 2019.

"eFuse is the answer for every gap in the esports industry," Benson said. "Since I founded eFuse in November 2018, our team has made strides in securing exclusive partnerships and creating the best platform for our community, so we're thrilled to provide life-changing opportunities to gamers around the world starting in December."

Benson, a Chillicothe, Ohio native, isn’t new to startup life. “I was always interested in business, and I actually started a few businesses in high school,” he noted in a 2016 interview, soon after launching SnappyCast, a messaging platform for school administrators.

As a student at Ohio University, Benson was active in multiple selective student organizations including the Presidential Leadership Society, Cutler Scholars Program, Student Alumni Board, COB Student Ambassadors, and the college’s honors program. He also interned with the Ohio Innovation Fund (OIF), a venture capital firm based out of Columbus, Ohio, where he served as an investment analyst and entrepreneur-in-residence. The firm, which has a track record of building high-growth startups in the Midwest, also invested eFuse.

"The esports industry is experiencing hyper growth. With the market size already at $1.2 billion, it's expected that over $150 billion will be spent on video games and esports in 2019," OIF Managing Director and eFuse Board Member Bill Baumel said. "The industry's colossal reach is illustrated by the 2018 League of Legends World Championship Final, which had over 100 million unique viewers. That's more than 2018's Super Bowl."

As eFuse approaches its launch date, the company has been featured by regional media including Columbus Business First and Spectrum News. The venture has also been named a finalist for TechOhio’s Startup Culture Awards. Those looking to support the company can cast their vote until Nov. 10, 2019.

“Matt was obviously a great student in OHIO’s College of Business,” said Luke Pittaway, associate dean of academics. “He worked hard, he got involved, and he made the most of opportunities at OHIO, including the Bobcat Seed Fund. We’re proud to see another one of our alumni succeeding and getting noticed for their talent.”