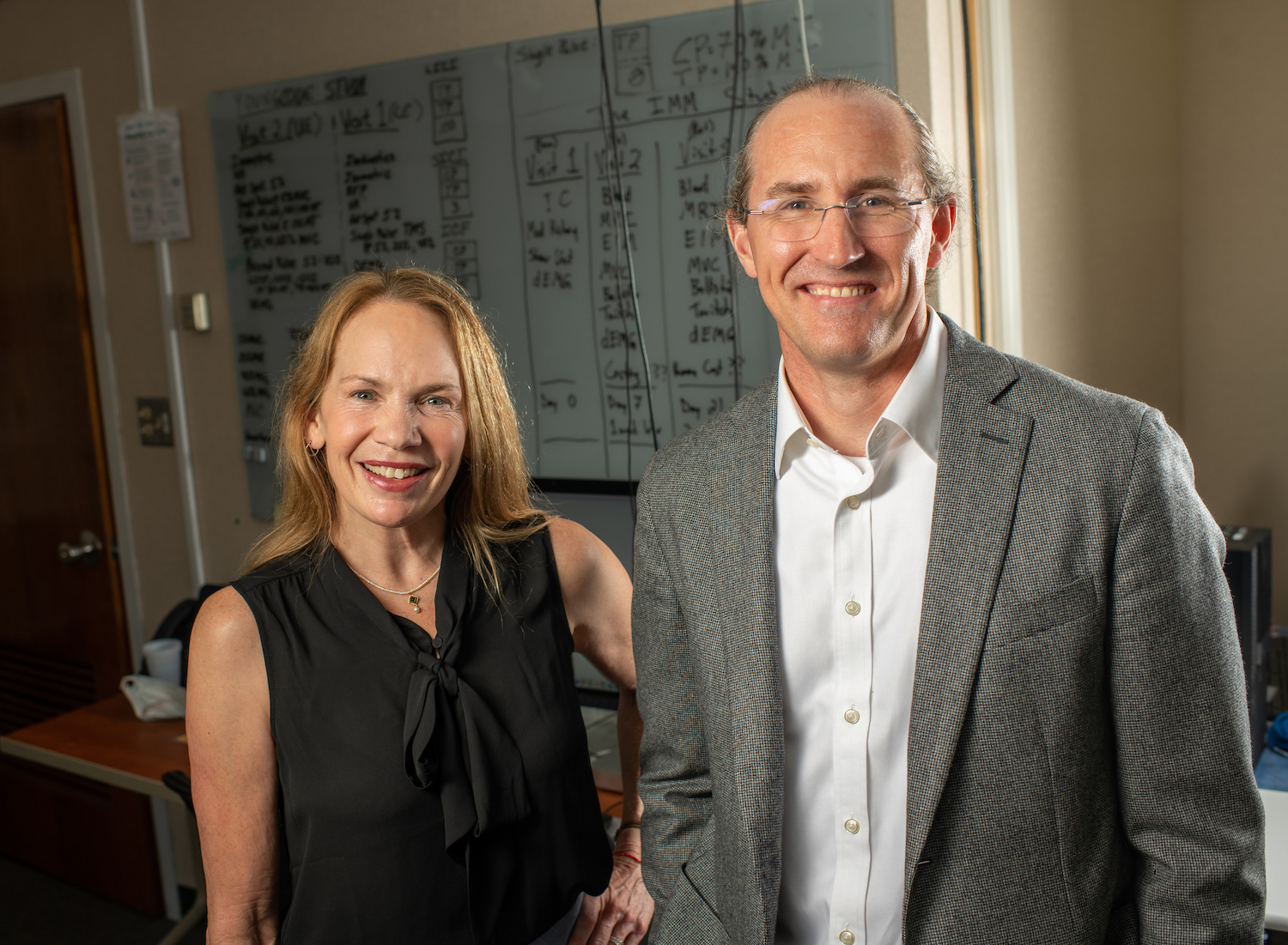 The research will look at the role of the motor neuron, the final neuron that connects the nervous system with the muscle, in health and disease.

Clark, also executive director of the Ohio Musculoskeletal and Neurological Institute and Osteopathic Heritage Foundation Harold E. Clybourne, D.O., Endowed Research Chair, is one of three principal investigators for the grant, alongside W. David Arnold, M.D., from the Department of Neurology at Ohio State University, and Sherif Elbasiouny, Ph.D., from the Department of Neuroscience, Cell Biology & Physiology at Wright State University.

Clark has been interested in this work since the late 1990s. Over the past few years, he has built connections and collaborated with Arnold and Elbasiouny over their shared interest of the motor neuron.

“All of us have deep interest in understanding the role of the motor neuron in health and disease. This connection between the nervous system and the muscle system has long been discussed as a potential culprit of age-related declines in motor function,” Clark said. “So, as the three of us began talking more and more, we eventually decided to put together a large grant to investigate the mechanisms and clinical relevance of age-related changes in motor neuron excitability.”

In the animal experiments, the team will look to establish a timeline across the lifespan in mice to identify when motor neurons become less excitable. Additionally, they will seek to determine if the hypothesized reductions in motor neuron excitability are associated with the death of motor neurons as well as loss of muscle strength and coordination. Experiments will also be performed to look at the mechanisms, such as which ion channels are responsible for reducing excitability, Clark noted.

The human studies will examine the clinical relevance of reductions in motor neuron excitability by looking at older adults. The main part of the study will be to record the electrical activity of muscles using a non-invasive array of surface electrodes and then using artificial intelligence algorithms to identify when individual motor neurons are firing.

“Based on the firing characteristics, we can obtain estimates of neuron excitability so that we can determine whether this is linked to things such as age-related weakness,” Clark explained.

Co-investigators on the project include David Kline, Ph.D., a statistician from Ohio State, and Leatha Clark, DPT, a clinical research scientist from OHIO’s Heritage College.

Leatha Clark, who has a background in engineering and physical therapy, will play a major role in working with individuals participating in the clinical study being conducted at OHIO, which involves performing numerous medical imaging and electrophysiology techniques.

“When we received the official notice of funding for the award, I think everyone from all three labs were grateful, excited and relieved. The preparation of the grant application took an extraordinary amount of time and coordination on the part of the three principal investigators,” she said. “In addition, we were all so grateful to receive an award of this magnitude from the NIH in order to carry out this important work.”

Brian Clark’s overall goal in his research is to develop effective and implementable interventions that increase muscle function, such as muscle strength, motor control, fatigue-resistance and mobility in older adults.

“Our work has, for decades, suggested that the nervous system is critically involved in age-related loss of strength and mobility. This thinking, while well-accepted today, was not all that common back 10 years ago, as it was thought that the majority of losses were due to reduced muscle size,” he said. “My hope for this forthcoming work is that we are able to identify potential underlying mechanisms for weakness and loss in function, as well as establish the clinical relevance, so that we can then examine the potential for various lifestyle interventions, such as exercise and/or neurotherapeutics to improve physical function.”

Individuals in the Athens area who are interested in learning more about participating in the human subjects research study should contact Brian Clark at clarkb2@ohio.edu or 740-593-2354 for more information (IRB protocol number 20-F-28).

“We are so very grateful to those who participate in clinical research,” he said. “As someone whose science is centrally dependent on people volunteering for research studies, I can never say thank you enough to those who participate in our studies. We truly view them as part of our collaborative team and are very grateful for their willingness to help us advance science.”