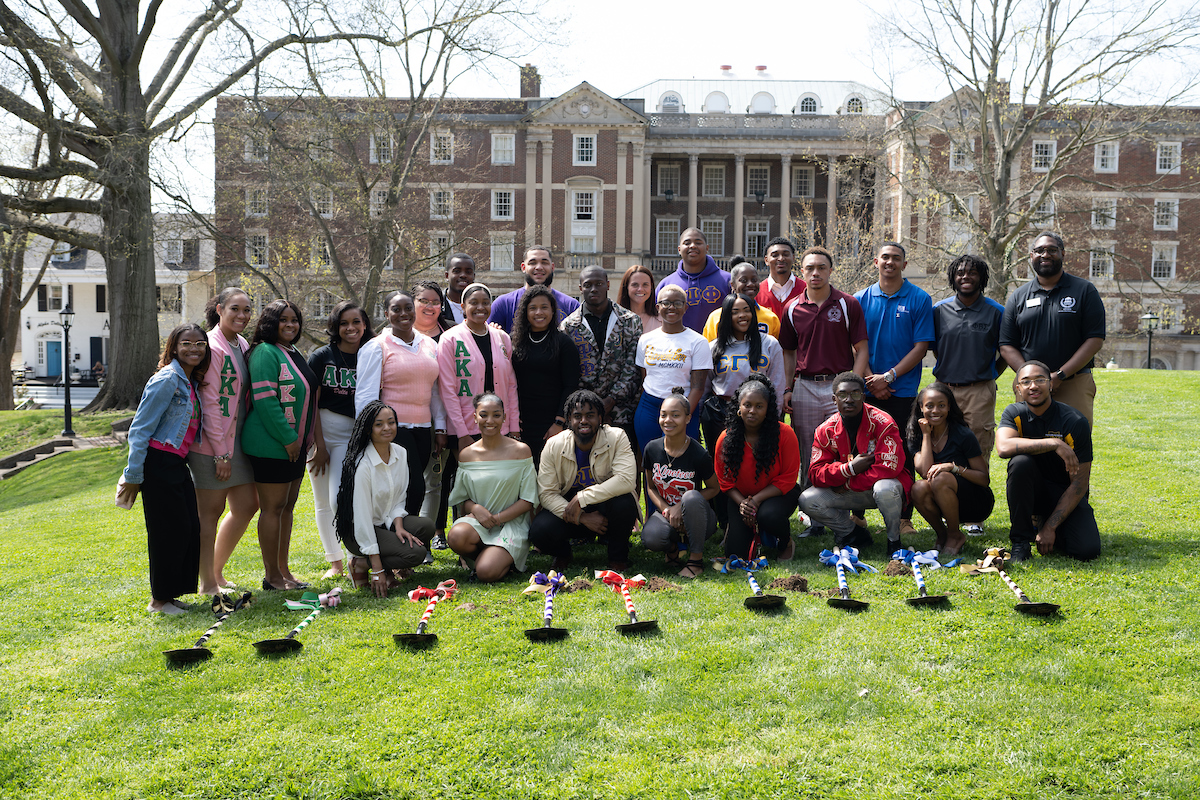 A new plaza honoring the National Pan-Hellenic Council is being installed this summer, near the Scripps Ampitheater on College Green.

The National Pan-Hellenic Council Plaza is scheduled for completion and a grand opening during Black Alumni Reunion Weekend, which is Sept. 15-18. NPHC Vice President and a member of Sigma Psi Chapter of the Omega Psi Phi Fraternity Inc., Dale Robinson said the project will increase NPHC’s visibility on campus.

“Our presence will no longer be in the shadows and only acknowledged by people who look like us, but rather everyone who passes by College Green and would like to know more about the monument,” Robinson said. 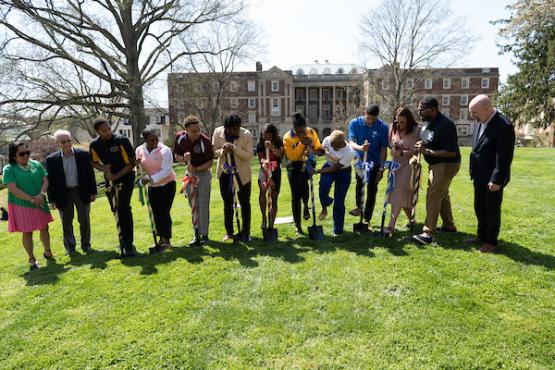 The NPHC is composed of historically African American fraternities and sororities, which have had a presence on campus for more than 100 years. The plaza will help NPHC reach its goals of uplifting the community and raising awareness of the Council.

“Let it serve as a commitment to diversity and inclusion and the promise of OHIO to live out its values in action,” former NPHC/Multicultural Greek Council Adviser Stephen Black said.

“Our National Pan-Hellenic Council organizations have a rich, important history and presence in the Ohio University community and we’re proud to be able to honor that with this plaza,” Executive Director for the Campus Involvement Center Char Kopchick said. 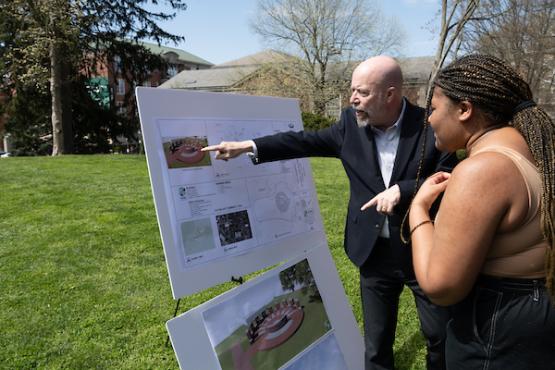 Discussion about an NPHC plot began in the summer of 2016, and the project picked up steam after the arrival of the first director of Sorority and Fraternity Life, Ariel Tarosky. Tarosky, Black and the NPHC board worked with University leaders to make the project a reality.

“NPHC students have been at the forefront of so much of the shift of culture around making OHIO an inclusive campus,” Black said. “This plaza is a thank you to the past, present and future NPHC affiliated students.”

As part of the construction, the sidewalk between McGuffey and Scripps halls will be closed from May 16 until Sept. 14.