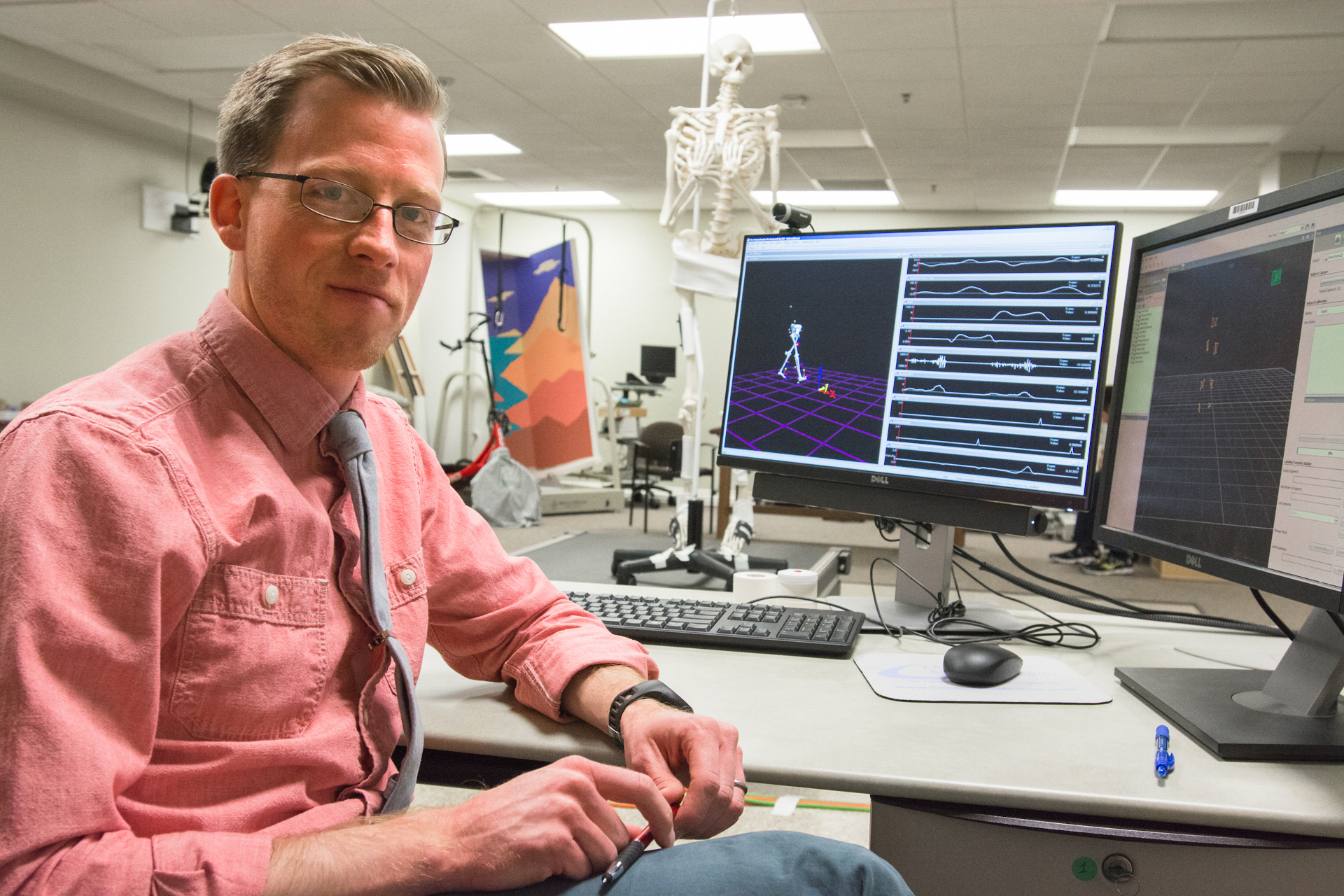 OHIO clinical professor Robert Wayner traveled to Eugene, Oregon, over the summer to provide hands-on athletic medical care at the World Athletics Championships, one of the largest sporting events in the world.

The World Athletics Championships is similar to the Olympics but focuses exclusively on track and field events. The 10-day competition has been around since 1983 and operates on a two-year cycle. This is the first time it was held on U.S. soil, where it was hosted at the University of Oregon’s Hayward Field from July 15-24. This year saw delegations from more than 200 countries and over 2,000 athletes.

“My role was to provide athletic medical care where needed,” Wayner said.

Wayner is an assistant clinical professor at the College of Health Sciences and Professions, as well as director of the Ohio University Gait Lab, which provides analysis on the biomechanics of the human gait. He teaches doctoral students primarily, with a focus on orthopedic clinical skills.

“It was a blast,” Wayner said.

A former track athlete and competitive runner, working the World Athletics Championships was a monumental moment in Wayner’s career. Not only was he able to directly apply his deep understanding of physical therapy to some of the world’s top athletes, but he was also able to watch the championship and observe how athletes from different parts of the world train.

This isn’t Wayner’s first large sporting event. He worked the 2014 World Junior Championships in Athletics, which was also held in Eugene and is similar to the World Athletics Championships, but only open those age 20 and younger. He has also worked U.S. Olympic Trials. However, this marks his biggest event to date.

Prior to beginning teaching at OHIO in 2014, Wayner previously worked in Eugene in outpatient physical therapy at Cooperative Performance & Rehabilitation, with a specialty practice in running-related injuries and balance and vestibular disorders. He also completed a two-year residency in orthopedic and manual physical therapy at Therapeutic Associates, which is also in Eugene.

Because of his career in physical therapy, he’s built longstanding relationships with other clinicians working the event. Some of his connections date back two decades, having first been established when he was a student at OHIO two decades ago, where Wayner earned both his undergraduate and graduate degrees.

Getting out of the classroom and providing on-hand physical therapy is not only a way for Wayner to stay in touch with his field of work, but also a learning opportunity he intends to bring back to his classroom.

“For me, it is just a chance to keep in touch with something I really like to do,” he said.

In the future, Wayner hopes to continue to provide medical support at large sporting events like the World Athletics Championships. The 2028 Summer Olympics are going to be held in Los Angeles, Calif., he noted.