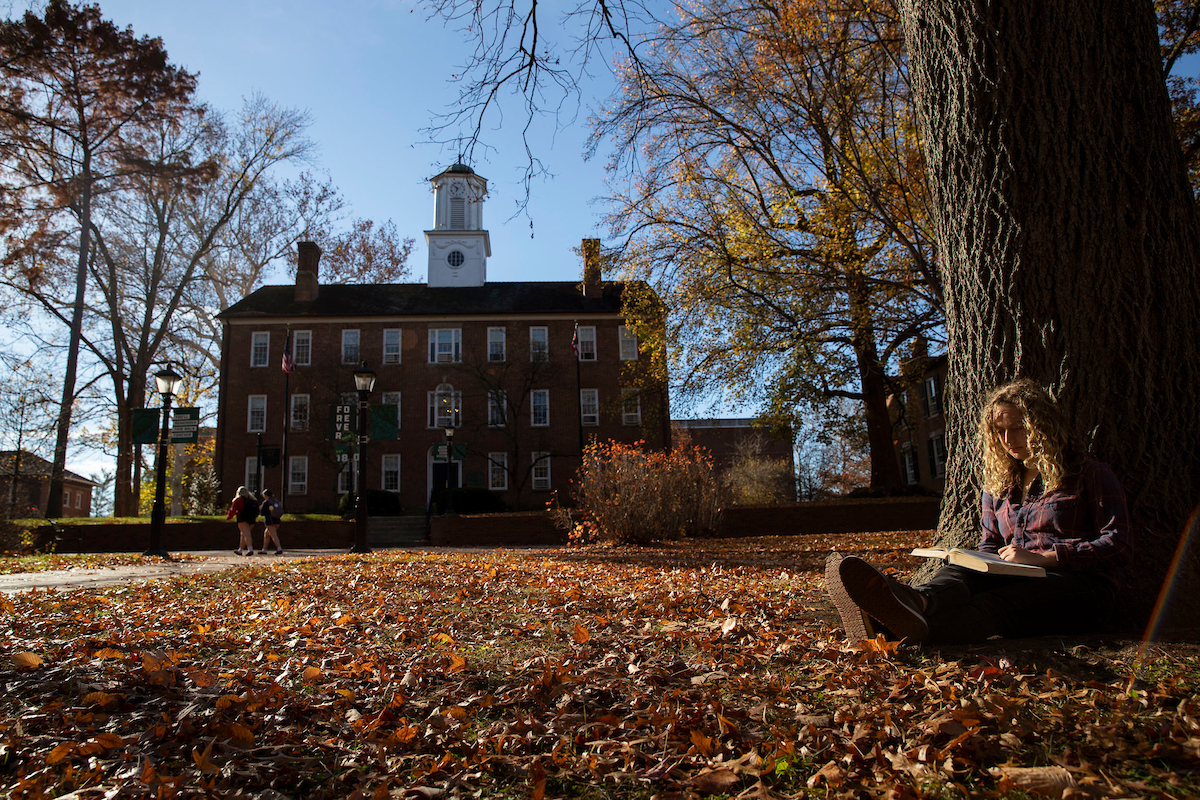 Every year Ohio University faculty members contribute their extensive knowledge and research to members of the media, acting as sources for stories, sharing their discoveries, and being featured for the work they do both within the University and community.

In the calendar year 2021, 221 faculty members from every college and regional campus were featured in 2,300 media reports from all over the world. Some faculty members were mentioned in media outlets such as The New York Times, The Washington Post, Smithsonian Online, the BBC, and many more. They talked on subjects ranging from the discovery of fossil footprints believed to be a bear actually being human, to the challenges of middle school, especially amid the pandemic. In addition to being featured in media outlets across the world, they also created robust relationships with local and regional media, being go-to sources on topics impacting the area.

“Being named a faculty newsmaker is an incredible recognition because it not only acknowledges the work and accomplishments being done by our faculty but helps build the reputation of Ohio University as an education institution with world-class educators and researchers,” Vice President and Provost Elizabeth Sayrs said. “Ohio University’s faculty prove daily in the classroom, in their communities, and in the media how their expertise, hard work and dedication can make an impact from right here in Athens, Ohio, and our regional area to all over the world. It is an honor to work with these extremely knowledgeable and generous educators and I’m grateful that these are the leaders we have teaching our students.”

University Communications and Marketing (UCM) partners with faculty members and researchers across the University who are committed to sharing OHIO’s stories through engagement with media around the country and all over the world.

At UCM, these individuals are known as OHIO faculty newsmakers and are defined as employees who, regardless of their title or classification, teach at Ohio University and have been included in media placements tracked by Cision, a monitoring service used by UCM to track the University’s media placements. Faculty newsmakers may include tenured and non-tenured faculty, as well as administrators who serve as educators in OHIO’s classrooms.

Many of OHIO’s faculty newsmakers take part in the Ohio University’s Experts Directory, a searchable database that makes it easy for members of the media to find and connect with Ohio University’s expert sources on a broad range of subjects.

As the world and media platforms continue to change, UCM has also adapted the newsmakers honors. This year and going forward, instead of naming the top 10 newsmakers for the calendar year, we are highlighting our top five newsmakers through interviews with each of them for the OHIO community and media to learn more about their work and research, as well as to learn more about how they became interested in their field of study and their plans going forward.

The following OHIO faculty newsmakers were named OHIO’s Top Five Newsmakers for the most media placements in the calendar year 2021: