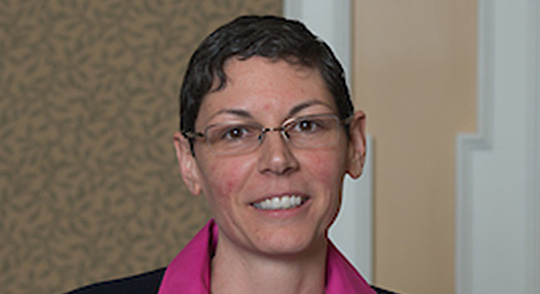 Dr. Busch, who currently serves as the Assistant Dean for Accessibility in University College and as the ADA/504 Coordinator, previously served as Acting Dean of University College from January to August 2018. As Interim Dean, she will oversee university-wide academic support programs including the Allen Student Advising Center, the Academic Achievement Center, the Office of First Year and Student Transitions, the Office for University Accessibility, and ROTC, as well as undecided students and students in degree programs in the college. She has spent more than a decade of her career at OHIO.

“I am confident in Dr. Busch’s ability to lead University College during this challenging time as we transition to online education and support services for our students, and I greatly appreciate her willingness to serve in this capacity,” said Provost Sayrs.

In 2015, Busch was a recipient of Ohio University’s Outstanding Administrator Award, which is given to administrators at OHIO in recognition of their significant contributions to the University community.

A three-time OHIO alumna, Busch earned her doctorate from Ohio University in 2015. In addition to her role as an administrator, Busch is also an active researcher and scholar.

Busch will serve an approximate two-year appointment effective March 16, 2020 through June 30, 2022. Per the Faculty Handbook, a search will be conducted at the end of this interim term.