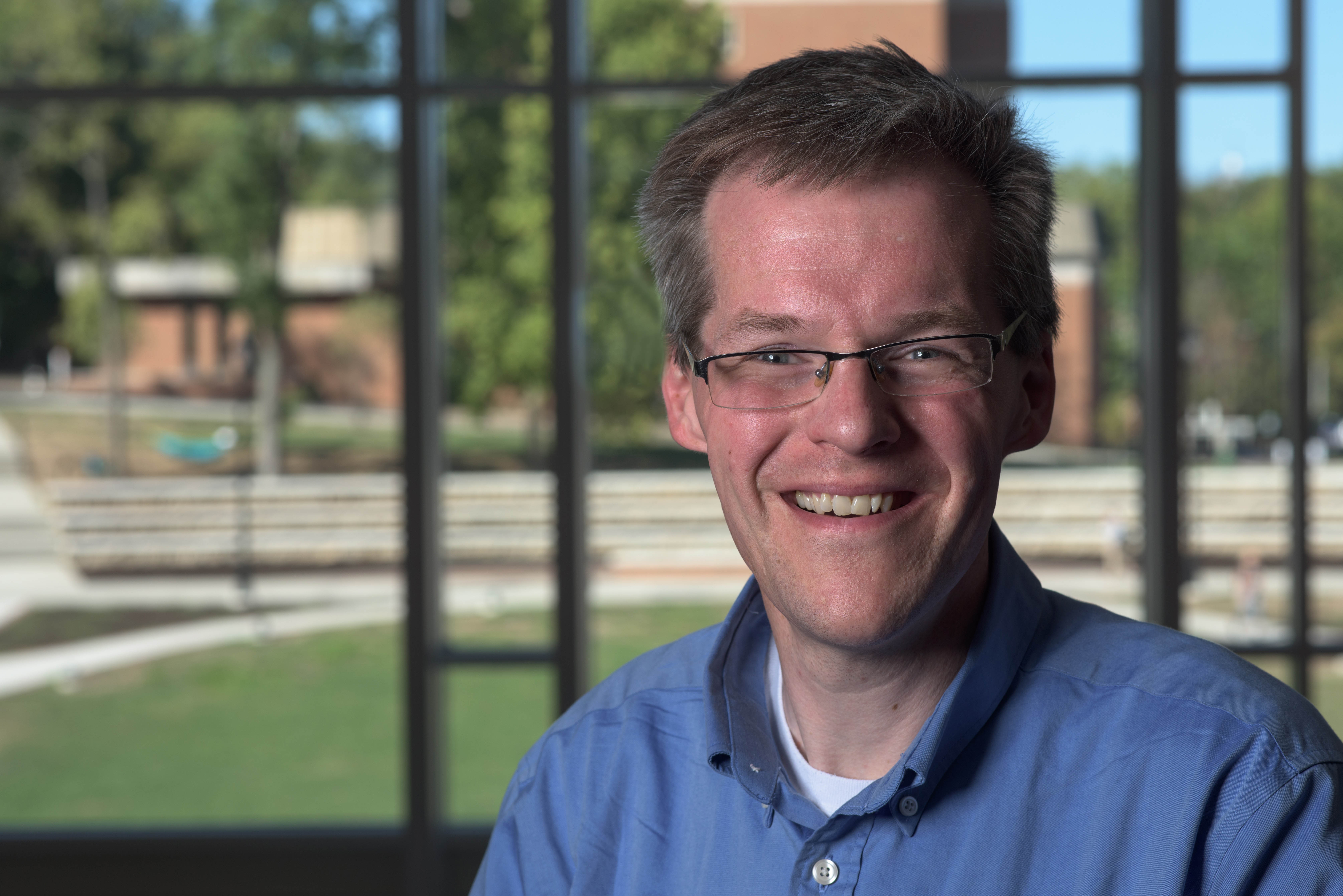 An Ohio University physicist is leading a new $3.7 million, multi-institution effort to develop software that can create more accurate models of scientific phenomena — such as what happened in the microseconds after the Big Bang or how long a radioactive nucleus will live before it decays.

Daniel Phillips, a professor of physics and astronomy in the College of Arts and Sciences, is the lead investigator on a new National Science Foundation-funded project with statisticians, computer scientists and nuclear physicists at The Ohio State University, Michigan State University and Northwestern University. The researchers are developing the Bayesian Analysis of Nuclear Dynamics (BAND) framework to provide a publicly available set of computational tools for physicists seeking to solve a wide variety of nuclear-physics research questions.

The project is focused on creating better predictive models of scientific phenomena that nuclear physicists seek to understand. Because current models can yield very different forecasts, scientists hope the project will improve what they call the “Uncertainty Quantification” for a range of nuclear processes. BAND‘s predictions for those processes will be phrased in terms of the percent probability of different outcomes happening — somewhat like the National Weather Service’s rain forecast, Phillips explained.

The five-year grant from the National Science Foundation’s Cyberinfrastructure for Sustained Scientific Innovation will support regular software releases, with functionality growing annually, Phillips said. In addition, the award will fund workshops that allow Phillips and colleagues to train other scientists on how to use the computational tools.

The four universities have been developing the concept for BAND since 2016, during a think tank about how nuclear physicists can incorporate Bayesian analysis in their work. Bayesian models are used commonly in astrophysics and other mathematical and scientific fields. Phillips, a theoretical physicist, had been publishing academic articles about its potential applications to nuclear physics for more than 10 years.

Phillips has worked closely with physicists on experimental design for the 20 years he’s been a member of Ohio University’s Institute for Nuclear and Particle Physics. He has served as director of the institute, which oversees the John E. Edwards Accelerator Laboratory, since 2014.

“Ohio University scientists working in these areas frequently wind up leading multi-institutional grants because of our strong reputation,” he said. “We have people working in many nuclear-physics subfields that are leaders in their areas.”